Here is an off-beat effect by mental-is t B. C. Milnov that has long been a favorite of his, and much used.

In fact, although it is far from automatic, your proficiency will increase in proportion to the number of times you do it.

Remove from your pocket a 3x5 index card and a Sharpie pen. As you talk, draw an outline of the United States on the upper third of the card.

"As a nation, and as Individuals, we have many faults. But it is still a great country. The best in the world."

As you draw, continue to talk about the numbers of people, the ethnic mix, and the variety of beliefs and styles of life that are found in the United States,

"Perhaps it is the ethnic backgrounds, but a surprising number of people in this country score well in ESP sensitivity testing.

"I'd like to try a test with you to see how close you can come to 'guessing' what I picture in my mind, I'm no artist,

Page but this is supposed to be an outline map of the United States.

"In my office, I have a Rand McNalley map. For business reasons, I've circled six cities on it with a marking pen. In fact, two pens.

"Five of the cities are circled in red and one is circled in green, I can clearly see the map in my mind's eye. I can see the cities. And the circles,

"What I want you to do is to listen to me name the six cities once. Then, in your mind's EAR, I'm going to try to project the identity of ONE of those cities to you. The one circled in green.

Repeat the instructions again, if necessary. It usually is.

At the point where you instruct the person to write the name, demonstrate by almost, but not quite, drawing a line from the West to the East Coast, in the map.

Without saying so, you guide him into writing the name within the confines of the drawing.

Then, closing your eyes and with the intonation the same on each name, say:

Then, with your eyes still closed in apparent concentration, turn your back to the spectator to allow him to write.

When he tells you one city is reverba-ra ting in his mind and that he has written the name of that city, you announce the one city you are visualizing. They are the same.

The secret is simple. Instead of his mind's ear, you use your ears. By forcing him to write while standing, his cupped hand will form a sort of natural sound-box and the sound made by the Sharpie pen will be different for each city.

Chicago, for example, will produce the sound of one dotted "i", when the name has been written. Miami has the sound of two dots, and Cincinnatti will be followed by 1243 (Cont'd on page 1244)

Published every other Friday Editor...,Bascom Jones January IS, 1980

The temptation is great, at times, to indulge in predictions.

But it's possibly never so great as when the national press headlines annual predictions. It's like the smell of smoke to a fireman.

Track, then, these predictions of some events yet to happen. Yet, remember that I don't claim total accuracy.

During the early days of 1981, a popular West Coast entertainment team will have their first baby. It will be a boy.

No names, but the mother-to-be now is blithely planning a one-person mental routine.

She frequently has been featured in MAGICK, Her idea for ,in impromptu Add-a-Number pad In this issue, incidentally, should not be overlooked.

By mid-year, Uri Geller, rumored to be in Mexico, will be the focal point of at least one major story. And more than a handful of cocktail-circuit whispers.

Watch for yet another in Phil Goldstein's color-series books of mentalism. Off the press in April l(i&0, priced at $5, "The Violet Book of Mentalism" could be the best of the series.

Here's a prediction that immediately will be denied. I predict that mentalist Max Maven, a long-time holdout for doing mentalism with cards, will try his hand at a blindfold routine.

The shift, which will take place not later than mid-summer of this year, will heat up the perennial arguments concerning the validity of using playing cards in mentalism.

If Maven, as T predict, shifts to a blindfold or to a question act, many will see it as a breaching of the last bastien of card mentalism.

Supporters for the use of cards note that Maven has used the blindfoldQiefo re. Others say it's KOW that matters, ,,,Bj

The 10 ESP cards are stacked In some order that you can remember. The battery-operated card shuffler is the type that accomplishes a simple riffle shuffle.

Placing the ESP cards on top of the deck and performing two riffle shuffles will distribute the symbol cards throughout the pack, WITHOUT DISTURBING THEIR ORDER, You merely call them in sequence.

Aviator-backed ESP symbol cards and blank-faced cards are available from most magic dealers.

And the misses, of course, are ones you deliberately choose to make.

("Pad" - Cont'd from page 1242) upper surface of the pad, at the bottom where the piece has been trimmed away.

Actually, the ball of your thumb will rest on the SECOND page of the pad, and your fingers should be beneath the pad.

By sliding your thumb, you can tear the second page out of the pad. Use your left hand to steady the pad, as you do so.

As the page comes free and slips out from beneath the first sheet, rotate your left hand and wrist, so the top page with its numbers cannot be seen.

Return the notepad to your pocket as you hand the prepared sheet, along with the pencil, to a spectator to total the figures,

Remember to get this sheet back from the spectator, apparently so you can verify the total, and destroy it.

It's easy to identify the selection of Seattle by the sound made in crossing the double "t's",

Dallas Is followed by no sound at all, but Phoenix may be identified by the noise made when the "x" Is crossed, followed immediately by the sound of a single dot.

Do you treat your body as your soul's best champion or as a monster that plagues you? Is it a sanctuary or a grave? Your body is your avatar (the graphic that represents you) in the physical existence. It's the character you command, and you're the consciousness that commands it. 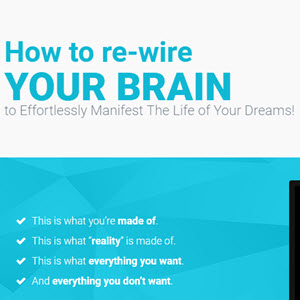 Your Mind, The Killer Mentalism Manuscript, Mentalist, Change Your Mind