Belief A Key to Magick

One aspect of Chaos Magick that seems to upset some people is the Chaos Magician's (or Chaoist, if you like) occasional fondness for working with images culled from non-historical sources, such as invoking H.P Lovecraft's Cthulhu Mythos beings, mapping the Rocky Horror Show onto the Tree of Life, slamming through the astral void in an X-Wing fighter, and 'channeling' communications from gods that didn't exist five minutes ago.

So you might see why using this sort of thing as a basis for serious magical work raises one or two eyebrows in some quarters. Isn't after all, the Lovecraft stuff fiction? What about linking in with 'inner planes contacts', 'traditions', etc - surely you can't do magick with something that doesn't bear any relation to history or mythology?

In the past, such criticisms have been raised over the subject of magicians working with 'fictional' entities. In this section, I hope to argue the case against these objections.

The first point to make is that magick requires a belief system within which to work. The belief system is the symbolic & linguistic construct through which the magician learns to interpret her experiences and can range from anything between good old traditional Qabalah to all this New Age "I-heard-it-

Phil Hine off-a-RedIndian-Shaman-honest" stuff that seems so popular nowadays. It doesn't matter which belief system you use, so long as it turns you on. Read that again, it's important. Eventually most magicians seem to develop their own magical systems which work fine for them but are a bit mind boggling for others to use, with Austin Osman Spare's Alphabet of Desire being a good example.

A key to magical success is veracity of belief. If you want to try something out, and can come up with a plausible explanation as to how/why it should work, then it most likely will. Pseudoscience or Qabbalistic gibber (or both) - it matters not so long as the rationale you devise buffers the strength of your belief in the idea working. I find that this happens a lot when I try and push the limits of how I try to do some magical action that I haven't tried before. Once I come up with a plausible explanation of how it could work in theory, then of course, I am much more confident about doing, and can often transmit this confidence to others. If I'm 110% certain that this rituals going to 'bloody well work' then its all the more likely that it will.

You can experiment with this using the technique of belief-shifting (Robert Anton Wilson calls it Metaprogramming), a good example being the chakras. The popular view of chakras is that we have seven. Okay, so meditate on your chakras, hammer the symbolism into your head and hey presto! you'll start having 7Chakra experiences. Now switch to using the 5 Sephiroth of the Middle Pillar (Qabalah) as the psychic centres in your body, and sure enough, you'll get accordant results. Get the idea?

Any belief system can be used as a basis for magick, so long as you can invest belief into it. Looking back at my earlier

Phil Hine magical experiements, I guess that what used to be important for me was the strong belief that the system I was using was ancient, based on traditional formulae, etc. A belief system can be seen as a matrix of information into which we can pour emotional energy - we do as much, when we become so engrossed in watching a play, film, or TV programme that for a moment, it becomes real for us, and invokes appropriate emotions. Much of what we see served up on the silver screen is powerful mythic images & situations, repackaged for modern tastes, which is a cue to start going on about 'Star Trek'.

More people are familiar with the universe of Star Trek than any of the mystery religions. It's a fairly safe bet that more people are going to know who Mr. Spock is, than who know who Lugh is. The Star Trek universe has a high fantasy content, and seemingly few points of contact with our 'everyday' worlds of experience. Yet Star Trek is a modern, mythic reflection of our psychology. The characters embody specific qualities -Spock is logical, Sulu is a often portrayed as a martial figure, Scotty is a 'master builder', and Kirk is an arbitrator, forever seeking resolution of conflict through peaceful means. As we "get into" the Star Trek universe, we find greater depth and subtlety. We find that the universe has its own rules which the characters are subject to, and is internally consistent. Each episode, we may find that we are being given insights into the Personal world of a key character. Like our everyday worlds, the universe of Star Trek has a boundary beyond which is the unknown - the future, unexplored space, the consequences of our actions - whatever wild cards that we may be dealt. So we watch TV, and enter, as an observer, the unfolding of a Mythic event. We can increase this sense of participation through a role-playing game, where group belief allows us to generate, for a few hours at least, the semblance of the Star Trek universe,

Oven-Ready Chaos in the comfort of your sitting room. It's relatively easy to generate the Star Trek world, due to the plethora of books, comics, videos and roleplaying supplements which are available to support that universe.

The final proof of all that being that one of my colleagues had to sit a computer exam, and was wracking his brains trying to think of an appropriate god-form to invoke upon himself to concentrate his mind on programming. Mercury? Hermes? And then he hit on it - the most powerful mythic figure that he knew could deal with computers was Mr. Spock! So he proceeded to invoke Mr. Spock, by learning all he could about Spock and going round saying "I never will understand humans" until he was thoroughly Spock-ified. And he got an 'A', so there!

And so, back to the Cthulhu Mythos. Lovecraft himself was of the opinion that fear, particularly fear of the unknown, was the strongest emotion attached to the Great Old Ones. The reason why I like to work with that Mythos occasionally is that the Great Old Ones are 'outside' most human mythologies, reflecting the shadows of the Giants in Norse Myths, the pre-Olympian Titans in Greek Myths, and other groups of universe-builders who are thought to be too chaotic for the polite company of the gods of the ordered universe. For me too, the nature of the Great Old Ones as shadowy beings who can only be partially glimpsed is attractive - they can't be assimilated and bound into any orthodox systems of magick and I get much fun from working out suitable approaches for working with them. The Great Old Ones have a very 'primal' nature, which for me provides the emotional buffer for magical exploration. Having said all that, and no doubt left you thinking "uurgh, weird person, he likes messing round with tentacled slimies",

I might also mention that I've had some interesting results from working with a Mythic system based on (blush) C.S. Lewis's 'Narnia' books.

The interesting thing about metaprogramming is that you can adopt a belief for a relatively short time, and then drop it again. When practising ritual magick its generally a good idea to, whatever you think about gods being archetypes or reflections of bits of yourself or whatever, behave as if they were real. So in a Cthulhu Mythos ritual, nothing will help build the neccesary tension than the adopted belief that if you get it wrong Cthulhu will slime you! Of course, outside the ritual you don't have to believe in Cthulhu and that even now a slimy paw appears at my window...no! No! ...ahem, sorry about that. Related to this approach is the idea that 'Suspension of Disbelief' can also be useful. To do this, take a book which expounds an idea that you find totally crap (every magician has their favourite 'crap' author) and try to see the writers message without your inner voice hurling abuse at the page. One of the most difficult 'suspensions' for fledgling magicians is overcoming the nagging doubt that "all this stuff doesn't work". Despite hours of talk and reading vast tomes by Crowley and his cohorts, that nagging disbelief can still be heard, and can only be really dispelled by experience - one act that shows you that MAGICK WORKS is worth a thousand arguments.

So my conclusion is that intensity of belief is the key which allows magical systems to work, whether they be related to historical traditions (which are, let's face it, very often rewritten anyway), esoteric traditions (which have evolved down the centuries as well) or based on fiction or TV. It's your ability to be emotively moved or use them as vehicles for the expression of your will that counts. If it works for you - do it. 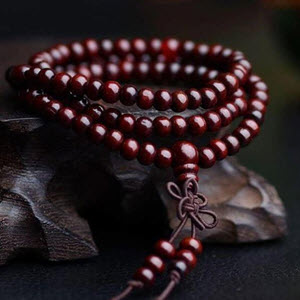 Magician, Meditate, How To Use Genuine Witchcraft To Change Your Life, Spells Magick, Magick Belief